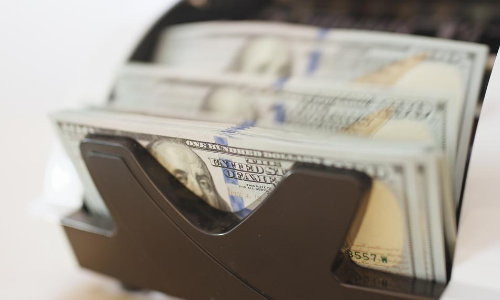 Based on our view, INR likely to open around 74.20

Dow fell approximately 3.5% yesterday. European indices were all down between 2.5% to 4.0%. Dollar index strengthened to around 93.50 as risk aversion made the US Dollar stronger. CBOE VIX, the volatility index, reached 40.0 which is a level not seen since April 2020 though it’s still lower than the peak reached during mid-March.

Is it the beginning of Corona Crash 2.0?

Yesterday was a new record as the world’s total number of cases crossed 5 lakhs in a day. The US saw 80K+ infections and Europe around 2.5 lakhs. Germany and France announced new month-long partial lockdowns to avoid a potential ICU bed crisis.

India’s number of cases remained at 50K and daily death was around 500. These are relative improvements but we have to see how infections behave as we enter winter in a month’s time.

It’s also an opportunity for the markets to correct the stimulus driven overvaluation compared to economic fundamentals.

Our reasonable estimate is that the market will be in risk off mode for the next 10 days till the US election at least. 74.0 + levels remain more likely during this phase.

To get regular updates on USDINR View or to setup a 121 discussion Register Here. Some of India’s largest companies use our USDINR views. You can also Email us for further questions and clarifications.