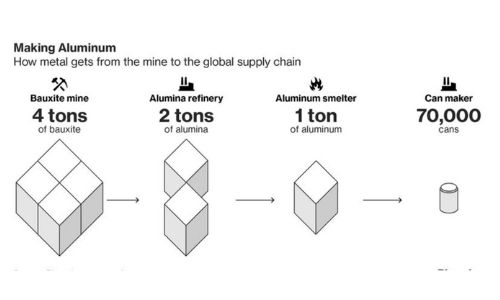 I had a scary dream- my favourite soft drink ‘Coco-cola’ was no longer serving. They simply ran out of containers. And they were too good to use plastic anymore. I could see the wise old Oracle of Omaha reading to the shareholders in his thick voice, “The valuations have fallen…”

Perhaps it wasn’t further from reality….

I am taking the liberty to discuss all the risk factors for aluminium once and for all. It has been in the spotlight for a while now (& will continue to be around), so let’s buckle up :

Aluminium has been in a rough ride. The metal is non-lustrous only in appearance! What we don’t realise is that we might be standing amidst some kind of green-metal revolution.

The Guinea story- The string of coups continue and this time it’s a poor country with rich natural resources- all you need is to incentivize the warlords! 25% of the world’s known bauxite resources are in Guinea.

China is the worlds largest producer of aluminium (producing 60% of global output). 55% of the bauxite imported into China, is from Guinea. Bauxite is the rock from which aluminium is made. Check out this infographic from Bloomberg:

Of course, the supply dynamics looks bad for aluminium and
Of course, China has said that everything is “normal”.
(Aluminum Corp. of China, the biggest producer and which has a bauxite project in Guinea, says it has “ample” inventories.) 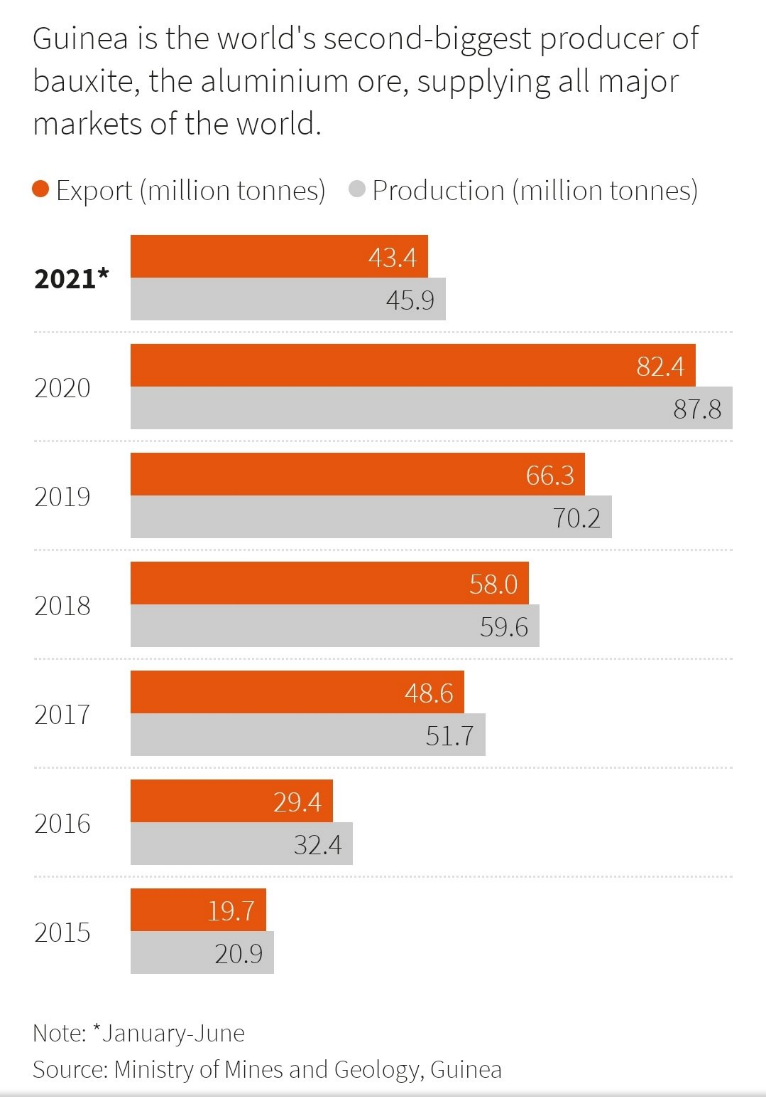 (A large portion of Guinea’s production is exported. A disruption in Guinea, hence, is a threat for other major aluminium producing countries)

The Power Story: Aluminium is not produced in blast furnaces, it is mainly produced by electrolysis. Electrolysis uses electricity. While this may look like a seemingly green process, it doesn’t make much sense if this electricity is produced by burning fossil fuels. And this is precisely what happens. Coal (mainly Thermal coal) is used to produce electricity. In fact, both primary (from bauxite) & secondary (from scrap) sources of production of aluminium use coal (thus greenhouse emission) in some way or another. This makes aluminium one of the most power-intensive metals. And China is going hard on energy curbs. In fact, local governments have undertaken strict measures to curb electricity usage.
As Reuters reported on Sept 2, 2021:
“More than 2 million tonnes of China’s annual aluminium capacity – 6% of the total – have been shut down this year and that number could rise, said research house Antaike.”

This is the primary factor burdening global supply.

We will add to this the Coal Story. As discussed above, coal is an important source of power generation for aluminium. And there have been shortages of coal at several power plants in India. (due to sudden increase in demand), so much so that Business Standard reported:
“Aluminium industry staring at 3-5 day coal inventory amid CIL’s supply cut”
This might have led to production cuts by aluminium companies.

CHINA’s coal futures prices have a hit record level and are almost +80% higher than a year ago, signalling the need to increase production in the short term: 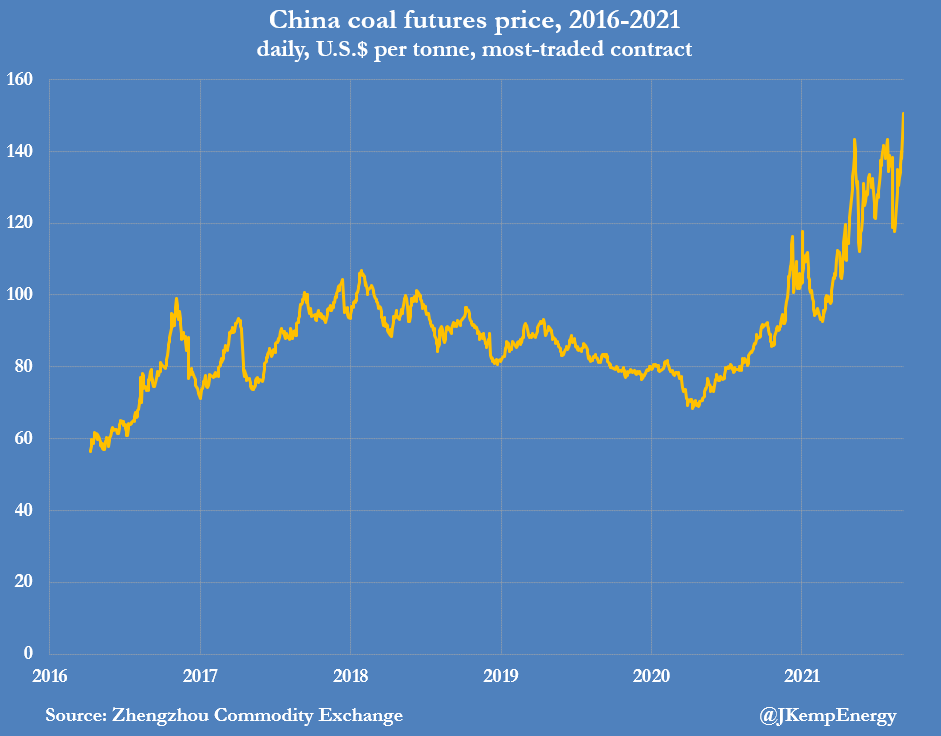 Other Risk Factors:
-“Major” fire occurred at the Jamalco plant on Aug 25 sending alumina prices higher
– China may stop selling Aluminium from state reserves in the medium to long term as it faces shortages
– As countries are adopting stricter emission policies and no method to produce aluminium in a more sustainable manner so far- supply may continue to be low and investment hampered.
– Containers used to move industrial metals from Asia to the US and Europe are in short supply, increasing delivery premiums.
– Falling Inventories- Aluminium inventories in LME-registered warehouses fell from almost 2 million tonnes in March to 1.3 million tonnes last month, before rising slightly,1 million is the danger level.

A strong dollar, potential tapering etc might cool prices. Further, there is always research for alternate metals that could be the next game-changer- Magnesium alloy replacing aluminium in this case because of its extreme lightweight.

So is the rise in price justified?

To start with, there is plenty of Aluminium (supply is not an issue in the long run) – roughly 8% of the earth’s crust is made up of Aluminium. This makes aluminium the third most abundant, after oxygen and silicon. The problem is in the extraction bit since aluminium is not readily available. That requires power and continuous mining is not sustainable. Hence, the supply, in the long run, will only stabilise if we could find cheaper, more effective ways to extract.
Now, sure aluminium is the next big bet as green metal to be used in various industries. However, consumption has not increased so much. Surely, inventories in LME and SHFE have fallen from the beginning of the year and there have been deficits but it only seems to be the pent up demand of an opening economy.

Look at the graphs below of Aluminium Production & Consumption: (Notice how production in China has not fallen in the first half of year): 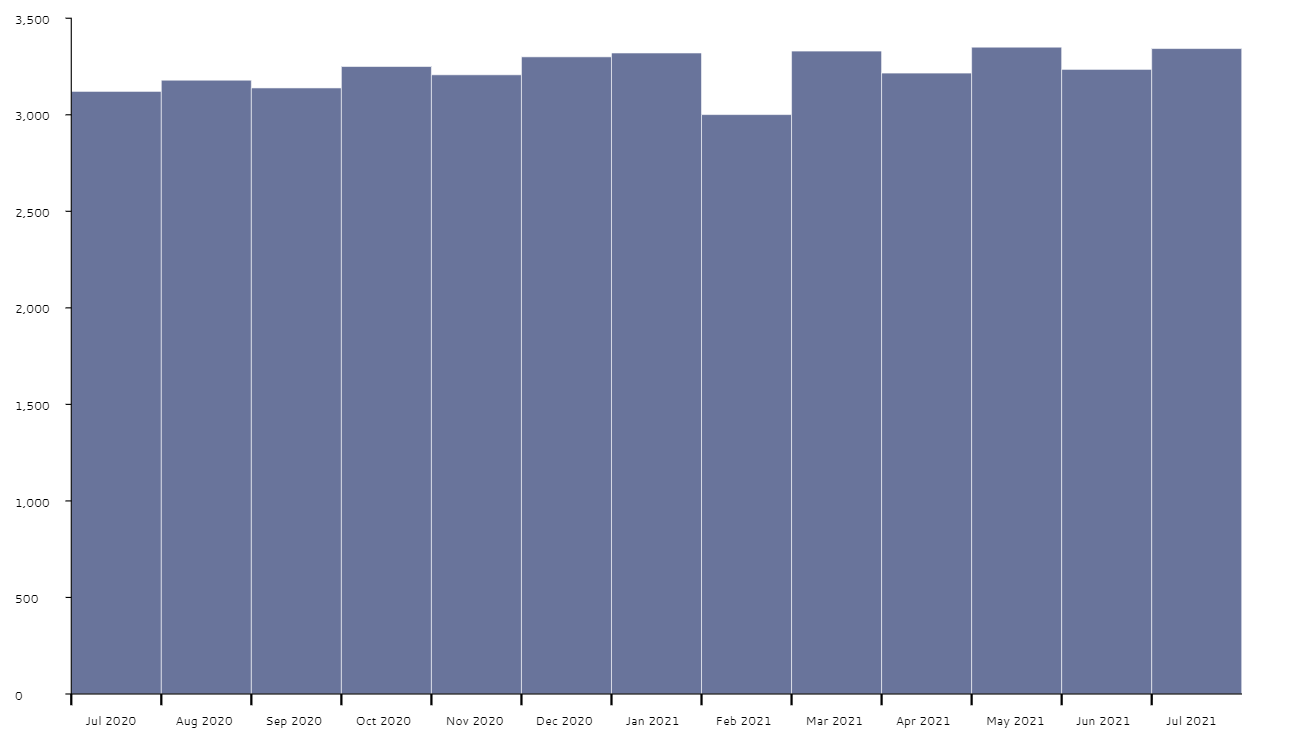 (Chinese monthly production of Aluminium in the last one year) 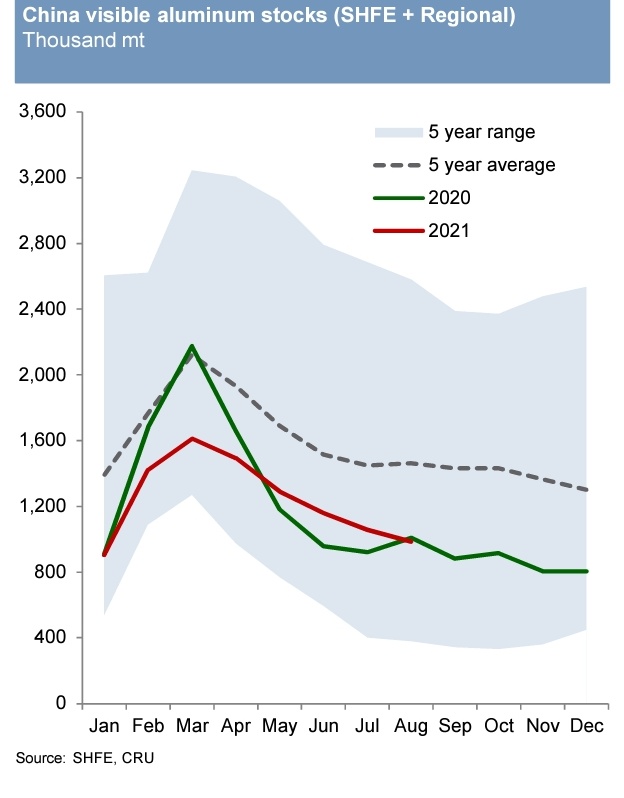 (It is said recycling aluminium is a power-friendly affair. It requires just about 5% of the power to recycle. Given this, the above chart looks good) 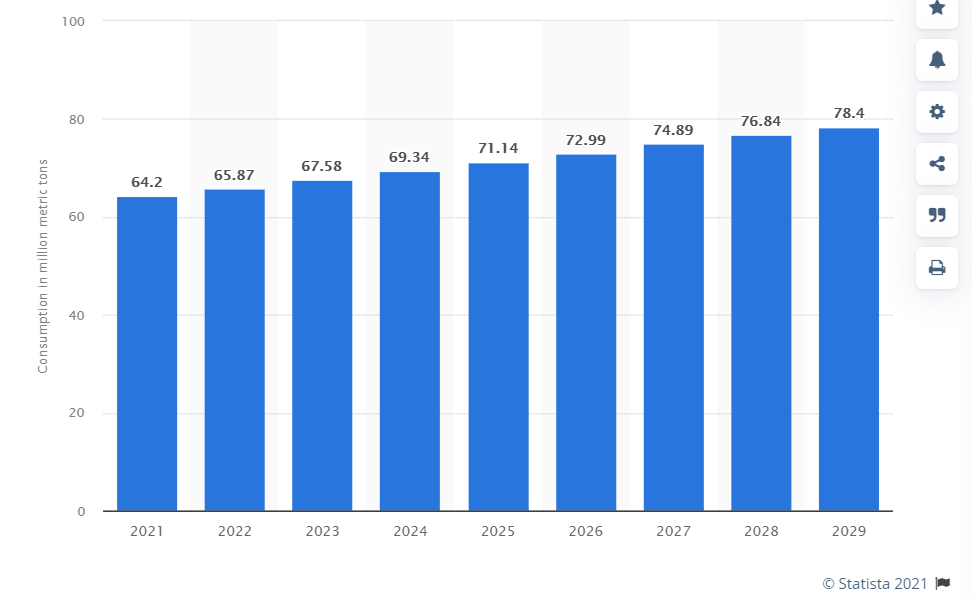 Expectations are still of a slight surplus this year.

In the medium term, aluminium continues to be an important metal to look out for.

In the long run, as economist JM Keynes puts it “we’re all dead”.
Let me know your thoughts on this and if there is any portion I must cover in detail. 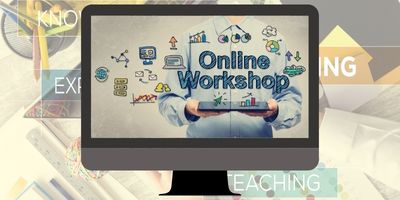