The US economy has now reached the end of a long bull run, which started post the 2008 financial crisis. The yield curve has seen flattening and some inversion for a brief period of time this year, indicating that an economic slowdown may be on the cards in the next few months. Recent US data (table) shows that the economy is showing signs of weakness, but on balance holding up well. Employment is one of the stronger points of the economy and the recent Non-Farm Payroll bears testimony to that fact. Jobless claims and the employment components of the survey numbers such as ISM continue to show a robust job market still. 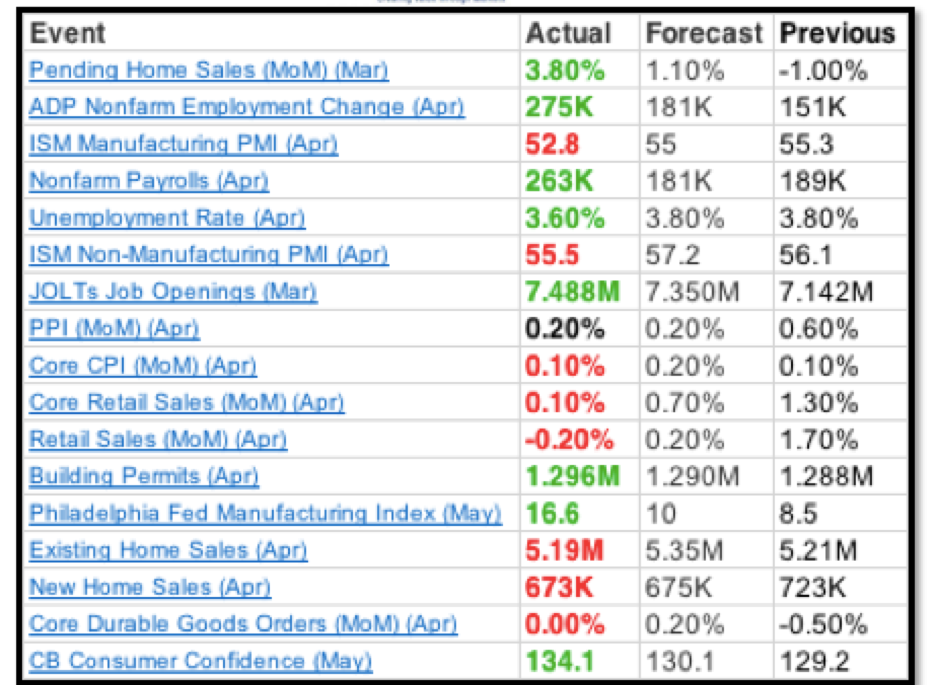 Housing sector is showing some slowdown, as is the manufacturing activity. In the backdrop of China trade war, manufacturing and agriculture can see some more weakness. A positive though for the economy is that all inflation measures are running behind the Fed’s target, enabling them some room for accommodation later. Consumer part of the economy seems to be holding for now, and the latest retail sales print is up 3.1% y-o-y (though down -0.2% M-o-M). Consumer confidence continues to be good, primarily due to buoyant equity markets. Given that the escalation in China trade war is fairly recent, firms would calibrate their spending plans accordingly and the high frequency numbers and surveys would show the impact from the next print onwards.  Also, we expect dent in consumer confidence and other such metrics as US equities have started a gradual down-move initiated by trade war concerns. The latest GDPNow from Atlanta Fed is at 1.3% for this quarter, and if tariff war escalates for a few more months, a flat GDP growth print might not be ruled out.

Enter your Details to Get Started

100% No Obligation. We reserve the right to grant access