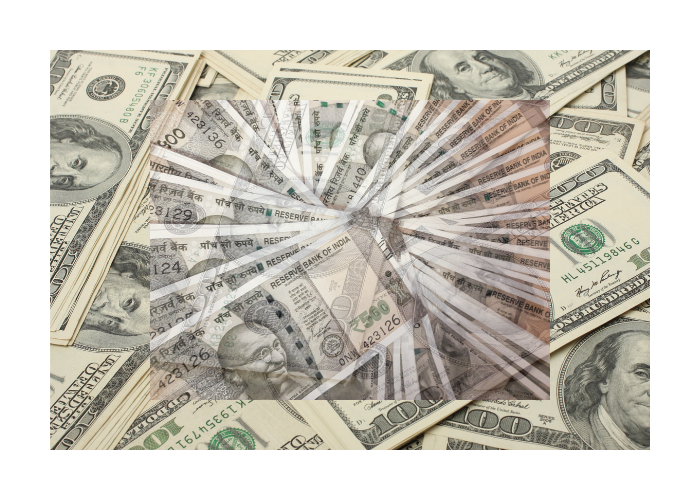 As the Fed and other central banks continue to raise rates to tame inflation globally, the Dollar is becoming stronger against almost all currencies. Advanced currencies have already taken a significant beating with EURUSD below 100 and USDJPY above 140. Emerging Market Currencies have also depreciated significantly with USDCNY almost touching 7.00, Indian Rupee at 80, and Turkish Lira at 18+ (25% depreciation in last 1 year). Recessionary pressures are present as liquidity dries up and rates increase. The concern is whether it will be a deep recession or a short-lived one. A recession will also dent demand worldwide, and it doesn’t help emerging markets’ currencies including INR.

Crude Oil prices, unfortunately, continue to be high due to the Ukraine-Russia war and put pressure on stagflation-like situations in the world or especially on oil-dependent nationals which include Europe to India. The Indian trade deficit has increased in a catastrophic manner and for the last 2 readings, it’s been averaging around USD 29 bn a month. A trade deficit of USD 29 bn a month translates to a Current Account Deficit run rate of approximately USD 180 bn. Even if the Trade deficit comes off to USD 25 bn, the CAD run rate will continue to be around 150 million dollars and such a high deficit is unsustainable. It is unsustainable because we expect FDI will also continue to be muted, in such a situation where India is not able to finance the current account deficit, it will depend on RBI’s forex reserve to remain stable. RBI’s reserve was around 640 billion dollars and now it has come down to around 560 already, there are discussions in many circles about the depleting Forex reserves and its efficiency.

So RBI will continue to intervene, they will also allow the Rupee to depreciate a bit so that the current account is more likely to get balanced and the Rupee depreciation along with other currencies, for example, if the Chinese Yuan and all other currencies are depreciating against Dollar Rupee. In such a situation the probability of the Rupee moving to 78 and remaining stable comes down. It is more likely that even if the rupee moves to 79 or 78.50 for a while it will bounce back from there. A higher probability is that the rupee is expected to likely move towards 81/82 and maybe 83 in the coming months.

QuantArt Market Solutions Pvt Ltd is a niche financial markets advisory firm run by ex-investment bankers. We act as an extended arm of the corporate treasuries of our clients and not as a distant advisor. We help streamline risk management policies, identify and mitigate risks, reduce hedging costs, put in place systematic hedging programs, and undertake treasury capability building.

Need some guidance for the same?